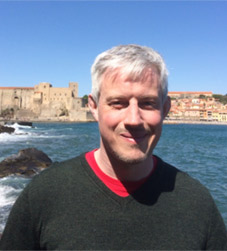 BIO: Christopher J. Whiteoak obtained his Ph.D. from Imperial College London in 2010 (Supervisors; Prof. Vernon C. Gibson and Dr. George J. P. Britovsek). Thereafter, he embarked upon his postdoctoral career, moving to the C2P2 research laboratory at the Ecole Supérieure de Chimie Physique Electronique de Lyon (CPE-Lyon) to carry out research in the field of polymerisation catalysis, under the supervision of Dr. Christophe Boisson and Dr. Roger Spitz. The C2P2 group carries out internationally renowned research in polymerisation chemistry. His work during this period was performed in collaboration with INEOS Olefins and Polymers Europe. In February 2011, he moved to the group of Prof. Arjan W. Kleij at the Institute of Chemical Research of Catalonia (ICIQ), which is established as one of the world’s leading catalysis research centres. Here he successfully developed new catalyst systems for the the conversion of carbon dioxide and epoxides into cyclic and polycarbonates. The aluminium catalysts he developed during this period are considered to be amongst the most active for this transformation. After completion of this position, in 2014, he moved to the QBIS-CAT research group at the Institut de Química Computacional i Catàlisi (IQCC), University of Girona (Dr. Xavi Ribas). Here he developed a research project concerning the use and mechanistic understanding of cobalt catalysis in the context of C-H activation and functionalisation protocols. In March 2016 he was appointed as Lecturer in Inorganic Chemistry at Sheffield Hallam University, before being promoted to Senior Lecturer in early 2019 as recognition for both his research and teaching activities.

In April 2020 he joined the department of Química Orgánica y Química Inorgánica at the University of Alcalá de Henares (Grupo Procesos Catalíticos Sostenibles con Compuestos Organometálicos), funded through the Comunidad de Madrid supported Programa de Atracción de Talento 2019: Modalidad 1. His current research interests focus on the use of first-row transition metals in the development of new catalytic C-H activation and functionalisation protocols and utilisation of carbon dioxide as a renewable feedstock. So far in his career, Dr. Whiteoak has published a total of 39 peer-reviewed journal articles/reviews (Total citations >2,500; h-index 25; Scopus) and has also contributed to 5 International Patent Applications.