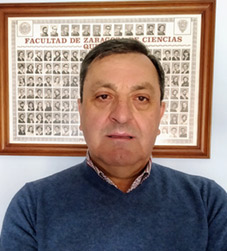 He was appointed as Profesor Titular in the University of Alcalá in 1988 and later Full Professor, his present position, in the same University in 1995.
His current research interests lies generally in the areas of the synthesis and characterization of early transition organometallic complexes an their application in the olefin polymerization processes. His focus has been to develop and apply new strategies for the synthesis of new cyclopentadienyl (unsubstutited or substitued) group 4 metal derivatives that exhibit special bonding dispositions and catalytic activities. Recently his research interests has been extended to the synthesis and characterization of coordination and organometallic compounds of the 1, 2 and 13 groups elements and the study of their catalytic applications in polymerization processes of biodegradable monomers and organic synthesis reactions.

He has been responsible for several national and international research projects. He has supervised 25 Ph.D theses, several degree theses, numerous post-doctoral research projects, several Bachelor’s Theses, End-of-Degree Projects and other researchs works. He has published more than 120 scientific articles and communications in international journals. He is author of several patents and has given lectures worldwide.
His teaching activities has been developed at the Technischen Universität München (Anorganisch Chemischen Institut) in Germany, the University “Los Andes”, Mérida, Venezuela and at the University of Alcalá.